Back to Main Site

I found this O-Octopus sheet to color

While doing the K study as a 3 month summertime study, we have been combining many of the projects. When I read A House for Hermit Crab to my girls, I combined discussing the book with the earlier assignment to make a collage of ocean creatures. I drew a big, white shell on white posterboard. We found pictures of different see creatures, expecially in "Creation Magazine" and cut them out. One was a crab. I set him aside and said he would live inspect our shell at the end to see if he would like to live in it. We glued all the creatures on, he inspected and said he liked it, but wanted his other 8 legged friends with him too, and asked who else has eight legs? and they ran to get their octopi made from hand tracings. We glued them on, and the hermit crab agreed to be glued on as well. Definitely one of the most efficient and fun combos we've done this summer.
Top

nagada wrote:We're starting Octopus tomorrow and I have no idea what the hymn is in the TM. Anyone have a link to lyrics, music, anything?
It's the "Praise the Lord Together singing Alleluia Alleluia Alleluia"

You can probably find a sample online at a store or on YouTube. Here's one with a sample you may listen to:
http://www.christianbook.com/praise-the ... ew=details

We substituted other songs that we knew that had allelulias. I have totally blanked on what songs we did. All Creatures of Our God and King, seems like it would work.

I hope I can get this to work.
These are pics my sister-in-law took of the octopus they "caught" when looking for shells in FL. (I did check with her before posting.

) I think it's neat to show how it changed colors to camouflage itself.
We printed them out and have them on our wall for this unit. 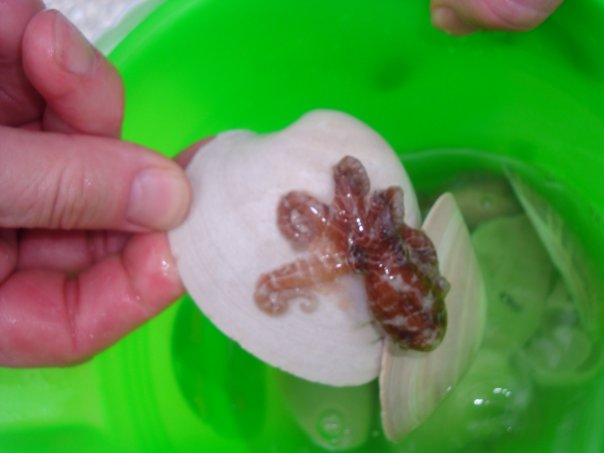 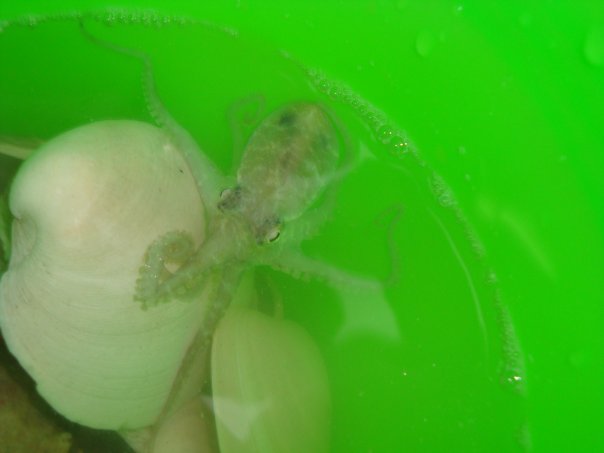 We used a couple of extra media resources.

The Planet Earth DVD set by the BBC had several episodes on the ocean that were good overall.

We also have a Wii, and the game Endless Ocean is an interesting way to see what undersea diving would be like (especially for those of us who are landlocked). Probably best to play it with an adult just in case (there are some parts that discuss mythology, but those can be edited by an adult) , but most of it has been just fine for our K'er, and she really enjoys discovering the different ocean animals. It's very relaxing, and peaceful as well!
Top

We found a great video (very interesting, for all ages!) on Owls on the Answers in Genesis website:
http://www.answersingenesis.org/kids/videos - Scroll down until you find the video on owls.

Free with Amazon Prime or $1.99 per episode

Mister Rogers Neighborhood Season 1984, Episode 4 - "Mister Rogers shows photographs of his own grandparents. He visits a large aquarium and learns about many different kinds of fish. In Make-Believe, there will be an opera "about a grandfather for someone who wants one very much."

Mister Rogers Neighborhood Season 5, Episode 9 - "Mister Rogers goes snorkeling with oceanographer Sylvia Earle to see some of the wonders of the ocean. In Make-Believe there's a special newscast to help find a solution to the garbage problem"

Mister Rogers Neighborhood Season 1987, Episode 2 - "Mister Rogers visits Sea World where he sees how "Shamu the Whale" swims and plays with his trainers, and he shows a video of fish swimming in an aquarium. In Make-Believe, Lady Elaine Fairchilde opens her "Always Happy Dance Studio."
C. Lynn

Talk is good, prayer is even better!
Top

"Oceans" - Disney nature documentary
"The Living Sea" - an IMAX movie
Both of these contained the typical "billions of years old" junk, but the underwater footage was beautiful and my DD 5 and I enjoyed watching them.

Talk is good, prayer is even better!
Top

I noticed one of these "Mega Grow" animals at Wal-Mart yesterday... an OCTOPUS! I've used these growing animals before for the preschoolers in Vacation Bible School (if they fit with the theme). It takes the animals 5-6 days to reach full size, and since our VBS is 5 nights, it worked out perfectly. Even children who were reluctant to leave their parents would run happily into the room to see how much the animal had grown overnight!

So I got the octopus for this unit, just $1.29. It will be a fun beginning to our Octopus study. And it has the added benefit of being done in WATER which relates to the next unit! "Why did the octopus grow? What will happen now when we take it out of the water? Why is it shrinking?" (It will slowly shrink back, and you can re-use it again.)

We went a local market- grocery chain and bought (dead) baby octopuses. They were less than $1 each and I let the girls look at and touch them. We saw the siphon and tentacles and suction cups and found the mouth. Pretty neat! Even my 3 yr old enjoyed it! Then they went in the garbage.
Top

Great book for this unit - My Visit to the Aquarium by Aliki.
Top

This is our second time going through MFW K and a couple of years ago when we studied Octopus, we watched this video. This morning, I remembered and pulled it up to view during breakfast and my three older kids LOVED it!!! It doesn't have any octopus but definitely shows that all of creation praises the Lord!

Also, we enjoyed watching this video of the Mimic Octopus in Indonesia: https://www.youtube.com/watch?v=H8oQBYw6xxc
Jaci in MI

Users browsing this forum: No registered users and 1 guest